Buddha is on the one hand a term of the Buddhist faith and on the other hand also the name for a man who lived around the 5th – 6th century BC in what is now Nepal. But what exactly does the word Buddha describe and why was the young man from a noble family given this name? Find out more here.

What is a Buddha?

Buddha is not an actual name, but means “enlightened one” and is the name for a very wise person. The term Buddha is used to describe someone who, according to Buddhist beliefs, has attained true knowledge or has awakened to pure consciousness. A Buddha is very wise and full of empathy with all living things, has attained Nirvana on earth and has thus left the eternal cycle of life and death through reincarnation.

What does Buddha mean?

As one of the most influential world views in large parts of Asia, Buddhism originated in India as early as 600 BC, from where it spread to East and Southeast Asia. The famous Siddhartha Gautama, also known as Buddha, is considered the founder of Buddhism.
Siddhartha Gautama Buddha is considered the embodiment of the Buddhist faith and its declared goal: enlightenment/awakening. He recognised and implemented the four noble truths, internalised the perfection of pure consciousness and attained absolute wisdom.

Who was the first Buddha?

According to the scriptures, the first Buddha was Siddhartha Gautama. The religious writer behind the historical person Buddha laid the foundation for today’s world religion of Buddhism with his teachings.

The emergence of the first Buddha

As the son of royal parents, the first Buddha was born in the 5th century BC in what is now Nepal, more precisely in Lumbini-Hain near the town of Kapilavastu. As the son of a father with a high position in the noble republic, he spent his childhood and youth well protected and far from poverty. His real name was Siddhartha Gautama.

It is said that the Buddha’s mother only became pregnant after a long time, despite many attempts, after a white elephant appeared to her in a dream. The king’s Brahmin advisor interpreted this as an announcement of a great king or the Buddha.
The young Siddhartha lived carefree and shielded from the rest of the world. At the age of 29, he wanted to get to know the world and undertook the famous 4 journeys, during which he discovered things that had previously been foreign to him:
This was the reason for him to leave his home and set out to overcome these 4 things.
For the time being, Siddhartha followed the path of asceticism, lost a lot of weight and lived in rags as a mendicant monk on the streets with his companions. Eventually he came to the realisation that this way of life did not bring him to his goal and from then on he followed the so-called “Middle Path” or the “Noble Eightfold Path”, the goal of which was and still is to develop one’s own mind in order to attain enlightenment.
The Noble Eightfold Path is described as follows: right belief, right thinking, right speaking, right doing, right living, right striving, right concentration, right immersion.
With this realisation, Buddha retired to meditate for 49 days in order to overcome the four problems of old age, illness, death and religion with the help of meditative contemplation. In the end, Siddhartha succeeded in attaining a comprehensive higher insight into life and its existence, and in freeing himself emotionally from all the bonds of earthly life, including the cycle of reincarnation.
He then spread his knowledge and travelled through India with his disciples as a mendicant monk. At the age of 80, he died in the circle of his disciples after having knowingly eaten a poisoned meal.

Why is Buddha worshipped?

Buddha is not the god that Buddhists worship. Unlike other religions, Buddhism does not have this kind of worship. Nevertheless, Siddhartha Gautama Buddha is worshipped by Buddhists as an awakened or enlightened being and because of his teachings and work.

Is Buddha a god?

It is true that there are also gods in some Buddhist currents. However, these do not have the same status as, for example, the God of Christianity. Buddha is therefore not worshipped by Buddhists as an omnipotent being, but as a wise person with an awakened consciousness.

Among the most important signs in Buddhism are the 8 auspicious symbols. According to Buddhist teachings, Buddha presented these objects to the gods after his enlightenment:

It is considered a symbol of protection both from the weather and from adversaries and disease, and stands as much for compassion as it does as a royal attribute.

The Golden Wheel / Wheel of Dharma

In ancient India, the wheel was a symbol for the cycle of creation. In Buddhism, the wheel became a symbol for Buddha’s teachings, which are also called the “Dharmachakra” = “Wheel of the Law”.

The Banner of Victory

As a typical sign of victory from warfare, the victory banner became a symbol of Buddha’s enlightenment.

The fish stands for luck, wealth and fertility due to its freedom in the water. The fish has also always been a symbol of the two rivers Yamuna and Ganges in India, which are considered symbols of luck, wealth and life.

The lotus blossom stands for perfect purity and divine origin. The blossom of the sacred lotus plant is considered a symbol of purity, knowledge and enlightenment.

Due to its shape and ornamentation, the Indian salt vessel symbolises prosperity and a long life.

The conch shell is considered a sign of power and sovereignty and gives its wearer the strength to spread the teachings (the Dharma) of Buddhism.

The endless knot is the symbol of Buddha’s infinite wisdom and compassion.

Other Buddhist symbols would be, for example:

The eyes of the Buddha

The eyes are meant to express the presence of divine (pure) consciousness in all existence. The wavy line between the eyes stands for the number 1 – the sign for the unity of all things. The dot in the middle above the eyes symbolises the so-called “third eye” – the sign of true spiritual awakening.

Forms of representation of the Buddha

Buddha figures come in all kinds of shapes.

The cross-legged Buddha is the so-called historical Siddhartha Gautama Buddha, also known as BUDDHA SHAKYAMUNI, after his noble family.

The standing Buddha statue is said to lead to inner enlightenment and its production is considered a good deed. It is considered a so-called iconic representation of the Buddha.

A lyingBuddha represents the attainment of the goal – the Buddha’s entry into Nirvana.

Who is the laughing Buddha?

The laughing Buddha comes from China and Japan respectively and is considered the god of happiness in both cultures.

Buddhist belief sees the potential in every human being to become a Buddha and achieve enlightenment by eliminating their own shortcomings and developing all their potentials. In the West, the Buddha stands for serenity and mindfulness. Buddhist practices can be found in many areas such as nutrition, mental training and also the path to happiness. And for some of us, the figure of Buddha is also simply a lucky charm.

More articles on the topic of Buddhism 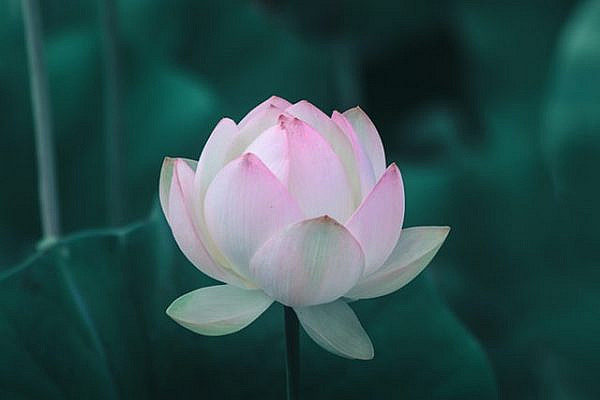 The lotus flower – meaning of the sacred flower 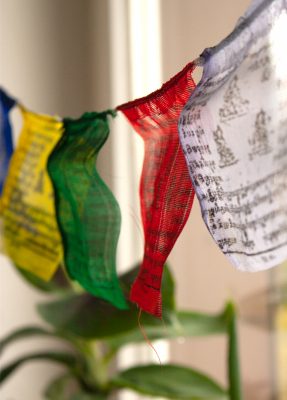 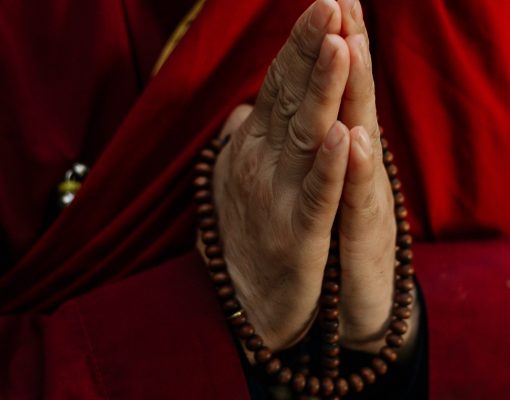 Karma – What is it all about?